Through our team of dedicated attorneys, Heurlin Sherlock has developed its reputation as one of the most respected and effective law firms in Tucson and throughout Arizona.

From our prestigious “AV” rating award from Martindale-Hubbell, to firm co-founder Bruce R. Heurlin being designated as one of the Best Lawyers in America by his legal peers, the plaudits given to Heurlin Sherlock stem from the professionalism of our lawyers who set the bar for quality legal counseling and litigation skills.

Our ability to effectively handle complex and noteworthy cases for both plaintiffs and defendants has solidified our standing as litigators with proven results – assisting clients ranging from large and small businesses as well as individuals. See below for a sample of newsworthy cases and developments in the law that Heurlin Sherlock has been leading the way on.

If you have a legal matter and need experienced legal advice, contact the Tucson offices of Heurlin Sherlock today.

Tucson, Arizona. A Tucson federal jury quickly rejected all claims of fraud brought by the U.S. Department of Justice against Tucson high-tech company Materials and Electrochemical Research Corp. (MER). The Defense verdict in the case was one of the top verdicts in Arizona in 2011.

The Justice Department filed the civil suit in May 2008 in U.S. District Court in Tucson, alleging MER violated the False Claims Act. The suit said portions of MER’s U.S. Small Business Innovation Research proposals were improperly signed and the company misrepresented the credentials of one scientist involved in funding agreements with the National Aeronautics and Space Administration and the U.S. Department of Energy. The quality of MER research or deliverables required under the government contracts was never at issue.

The two-week jury trial started Feb. 1. The jury deliberated for less than two hours and unanimously found in favor of MER on all allegations.

MER specializes in nanotechnologies, advanced materials, composites and rapid manufacturing of metal alloys for use in defense, space and commercial applications. The company has designed and fabricated a composite with radiation resistance for personnel in space that was tested on the International Space Station, developed elements of NASA’s X-43A scramjet vehicles for flights up to Mach 10, and developed processes for producing titanium at lower cost and for recycling nuclear fuel. MER has won numerous prestigious R&D 100 awards, has scores of U.S. and foreign patents, and is ranked 14th in the National SBIR program.

“The Department of Justice aggressively sought to punish and destroy a fine local research company,” said Tucson attorney Bruce R. Heurlin of Heurlin Sherlock. “Despite the importance of MER to our government and national defense, government lawyers spent several years in relentless pursuit of this baseless lawsuit. The vigorous defense required against the allegations caused a loss of business for MER and a reduction in workforce. For all the time it spent, the Justice Department never proved MER did a single thing wrong.

Have a Question or An Issue?
Click Here to Open Form

In a criminal appeal, if you are unsatisfied with the result of your case, you can request a higher court …


What are Some Typical Construction Defects that may be Actionable?


What are Some Things You Can Do if Facing a Tax Audit?

If you receive a notice in the mail that you are to be the subject of an IRS tax audit, … 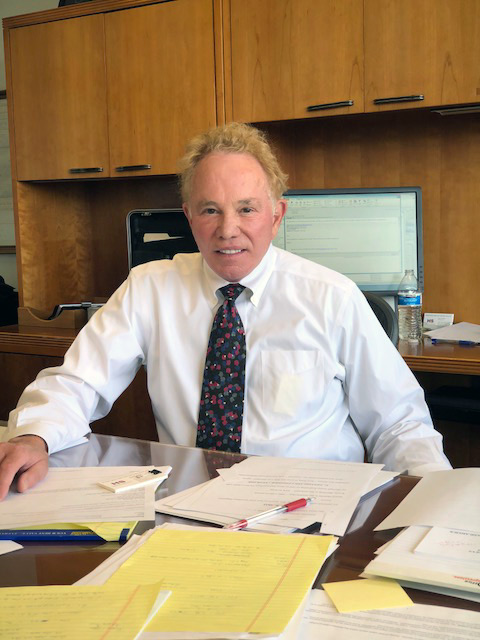